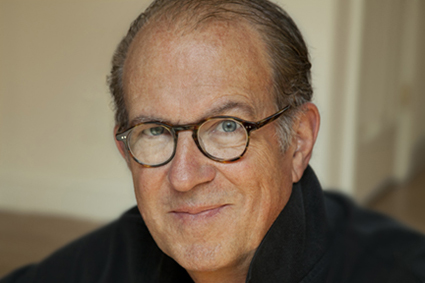 As an undergraduate at Syracuse University, he studied color printing and color theory at the Newhouse School of Journalism before graduating in 1968 with a B.A. in English Literature and then moving to NYC in 1969 to work with Pete Turner as his studio manager. A Canon “Explorer of Light,” he has lectured extensively, including at Syracuse University, Rochester Institute of Technology, Brooks (Santa Barbara), the Art Center at Pasadena, Parsons, the Academy of Art College (San Francisco), the George Eastman House, and venues including PPA., WPPI, and A.S.M.P.

What's the thing that interests you most about photography?
Seeing something I've photographed before, but in a new way.

What's the thing that interests you most about your own photographs?
Watching my own way of seeing evolve.

What's the thing that interests you most about other people's photographs?
Learning how differently we all see things.

Who were your early non-photographic influences?
Writers such as John McPhee and Peter Matthiessen.

Who are your non-photographic influences now?
Painters such as Jackson Pollack, Kenneth Noland and Mark Rothko.

What's the worst thing about gear?
The weight.

How do you know when an image doesn't work?
You know immediately.

How do you know when an image is good?
When you can't stop looking at it.

How do you know when an image is great?
It's an adrenaline rush that only gets better.

Do you practice another art form? (If so, which?)
No.

What was the most significant visual moment in your life?
The second I saw my first print in the developer.

Which was the most important image to you that got away?
Bruce Springsteen reading a newspaper that said "Elvis Dead!"

What failure did you learn the most from?
When a mentor forgave me for ruining a shot.

What accomplishment are you most proud of?
Making a few images which have put food in other people's mouths.

What's the thing you most hope to accomplish?
Making someone else excited about photography.

If you had to do it all over again, what would you change?
I'd shoot a lot more – a LOT more.

If you had another life to live a completely different life, what would you choose to do?
Go live on the Marquesa Islands.

What are the most important questions to you?
Are you being true to yourself?

What's your idea of perfect happiness?
A roomful of dachshunds running around.

What is your greatest fear?
That I won't learn from failure.

Which historical figure do you most identify with?
Sitting Bull.

Who is your favorite hero in fiction?
Holden Caulfield in "Catcher in the Rye."

Who are your heroes in real life?
Inspiring teachers.

What is the trait you most deplore in yourself?
Not listening.

What is the trait you most deplore in others?
Breaking promises.

What is your greatest extravagance?
Relaxing.

What is your favorite journey?
Dreaming at night.

On what occasion do you lie?
When I think it won't hurt.

What do you dislike most about yourself?
I don't know when to stop.

What is your most marked characteristic?
Stubbornness.

Which words or phrases do you most overuse?
Far too many.

What is your greatest regret?
Not having children.

What do you consider your greatest achievement?
Making someone else happy.

What is your favorite occupation / pastime ?
Dreaming…I love to dream.

What do you most value in your friends?
Being upfront and honest, even if it hurts.

What other talent would you most like to have?
I'd love to be able to play the piano.

If you could change one thing about yourself, what would it be?
I'd like to be more patient.

What is it that you most dislike?
Bad food.

How would you like to die?
Very, very quickly.