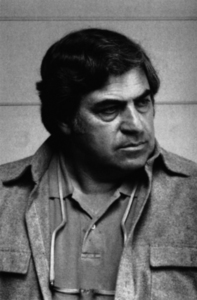 Born in Boston in 1932, Paul Caponigro is renowned as one of America’s most significant master photographers. When he was thirteen, he began to explore the world around him with his camera and subsequently sustained a career spanning nearly fifty years. He is currently regarded as one of America’s foremost landscape photographers. Paul Caponigro has exhibited and taught throughout the United States and abroad. Recipient of two Guggenheim fellowships and three National Endowment for the Arts (NEA) grants, Caponigro’s images will be found in most history of photography texts and contemporary art museums.

What's the best thing about photography?
It's ability to transform color into light alone, seeing that light as an energy that can feed the emotions.

What's the worst thing about photography?
There is no worst. It's all been good in history, save for how certain individuals might handle it.

What's the thing that interests you most about photography?
How it can stir the intuitive in the human and bypass all the technical matters concerned with the medium, accessing a place that really knows how to make pictures. It gets to the dimension that's not visible. The individual works through the interstices of the materials.

What's the thing that interests you most about your own photographs?
The ability to capture beauty. Photography reflects back to me things I don't see immediately. Stored in the image is an attitude.

What's the thing that interests you most about other people's photographs?
How they see - or how they don't see.

Who were your early photographic influences?
The first photographs I saw that made an impression on me were simple reproductions in a magazine - very beautiful studies of nature; I thought possibly I could do that. The whole west coast school was an inspiration to me in terms of craft. Ansel Adams recorded beauty. Edward Weston probed a little deeper. Minor White tried to make a system of that; proposing a Zen attitude could be applied to the medium. Minor White had a more psychological bent; he recorded more than beauty. And, I had to find my own way through all of that.

Who are your photographic influences now?
None. I haven't seen anything in the last fifteen years or more that excites me. It's a new school of thought or new frame of mind. Good journalism always has an impact, focussing mostly on the ills of the world. The so-called art world of photography is primarily self-centered. And the state of the society produces a lot of disturbing selves. So I simply can't take an interest in it; I'm very old fashioned and hold to beauty and craft. I'll let the world of self-expression take care of itself.

Who were your early non-photographic influences?
Who were? What was? Nature was the first thing that made a powerful impact. There were a very few individuals I met. One was a man who worked in the stables; his integrity, his honesty among his coworkers, his gentleness with the animals, amid an environment of gambling, impressed me. Much later, there was a professor of art history. I flunked his course, but he took me under his wing, realizing I wanted to make photographs that he thought were worthy. He had generosity and simplicity.

What's the most inspiring work of art you saw/experienced recently?
I'm always listening to the world of music. There's always an inspired moment, here and there, and rarely a performance that holds me fast right through the entire piece. That requires the performer to transcend himself - and the music. An entirely new dimension is added. His personal genius lights up, just as Mozart's did. It causes the audience to remain silent, lest they break the atmosphere that's set up.

What's the best thing about gear?
It serves me. And in all humility, it reminds me to serve, my personal intuition or genius.

What's the worst thing about gear?
In my case, it's the encumbrance of a large format system. I do my best to keep it to a minimum. There's enough to tote around, especially when your knees are giving out.

What's the most useful photographic mantra?
Be still and you will know.

Do you practice another art form? (If so, which?)
I devote as much time as I can manage to the keyboard to play classical piano music. The beauty of sound calls me. What benefits do you get from (this/these) other art form/s? The internal dimension I'm inspired to go to in working the materials of photography (light, chemistry, paper), music gets me to that place rather quickly. Light comes to the eye, which can be intercepted by the brain all too easily. Sound comes through the ear and much more quickly goes to the heart, bypassing the brain more frequently than the visual arts do. I find a place within me hovering within the realm of sound. To be still while vibrating to sound!

What was the most significant visual moment in your life?
One that I wasn't even aware of. I photographed an apple in a bowl of fruit. I proofed it. The darker proof caused the surface of the apple to become like a night sky. That gave me impetus to realize there were things in the process of photography that I could learn from by not staying bound to the rules and to play and discover.

Which was the most important image to you that got away?
It happened during a snowstorm. I was living in the woods. I got up one morning and the world was transformed. I ventured into that world with my camera. I came across a group of branches where the snow caked in a way that it outlined a perfectly formed angel - head, wings, gown. I could't believe what I saw before my eyes. I set up my camera. I leaned forward to take a light reading. My hand touched another branch. It moved flipped and shattered the angel before I could make the exposure. But that image is burned in my memory.

What failure did you learn the most from?
My failure to share my knowledge with others who wanted to know.

What accomplishment are you most proud of?
Among the many awards I've received, one of the best happened recently during the current Farnsworth show, wherein several individuals came to me to say that the exhibition brought tears to their eyes.

What's the thing you most hope to accomplish?
To live long enough and have patience enough to make yet a few more images that could express what you don't see. I'd like to find the junction between fall and winter or winter and spring. Somewhere between each season is something hidden. That which is hidden is what I hope, in some way, to reveal. An image that has a strong sense of otherness. Hopefully, more so than I've already done.

If you had to do it all over again, what would you change?
Not a thing.

If you had another life to live a completely different life, what would you choose to do?
I couldn't say until I came back from that other world, which I harken to.

What are the most important questions to you?
One big question. How to die well? That requires living well.

How would you like to die?
I would like to die being awake - awake enough to see the transition from this place to that other.