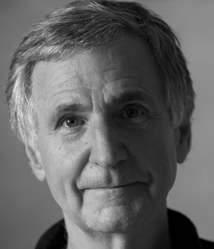 Sean Kernan is a writer, photographer and teacher. He came to photography throm theater, and is the author of two monographs, The Secret Books (with Jorge Luis Borges) and Among Trees.

He has exhibited at galleries and museums in France, Greece, Italy, Mexico, Egypt, and in the US. His photos have been published in the New York Times Magazine, Smithsonian, New York, Harpers, Bloomberg, Communication Arts, Graphis, Polyrama (Switzerland), Photo World (China), as well as magazines in Iran, Greece, Italy, and Switzerland, and has done a wide range of advertising for clients such as AT&T, Amex, GE, Pratt & Whitney, Dow Jones, Harvard, and Knoll.

He has taught and lectured at the New School/Parsons, Maine Media Workshops and Santa Fe Workshops, Art Center (Pasadena), International Center for Photography, University of Texas, Wesleyan University, Yale Medical School, and has won numerous awards, most recently from the Center in Santa Fe for teaching, as well as Doctorate (HC) from Art Center in Pasadena.

He writes about creativity, the arts and commerce, with articles in Communication Arts, Graphis, and Lenswork, among others.

What's the best thing about photography?
It takes me to other universes, over and over.

What's the worst thing about photography?
It gets me looking for photographs, and I miss other things.

What's the thing that interests you most about photography?
What it allows in those who do it seriously.

What's the thing that interests you most about your own photographs?
Not so interested in my own photographs. I think, If I can do, it must not be that great.

What's the thing that interests you most about other people's photographs?
The revelations I'm sure I would miss if I had been standing there when a photo was made.

Who are your photographic influences now?
No so influenced by photography now. More interested in writers and other artists.

Who were your early non-photographic influences?
Herman Melville, Peter Brook,

What's the most inspiring work of art you saw recently?
Molly Sweeney, play by Brian Friel

What's the best thing about gear?
It's poetic sense of capability and precision.

What's the worst thing about gear?
It can seduce you into thinking you can take good photographs if you have it. (BTW, the fault is not in the gear but in ourselves.)

How do you know when an image doesn't work?
When it merely describes a surfaec but is not in itself alive.

How do you know when an image is good?
When it takes me into some new space or understanding, beyond photography.

How do you know when an image is great?
When it smacks me and enlarges me at once, and then does it again when I see it 20 years later.

Do you practice another art form? (If so, which?)
Chinese calligraphy, video.

What benefits do you get from (this/these) other art form/s?
From calligraphy, a very acute sense of the role of space, of emptiness. From video, a sense of time that is quite like music.

Which was the most important image to you that got away?
An image of two high school graduation pictures of young boys resting on top of an old B&E Console TV with rabbit ear antennae between them. One of the boys had become quite infamous, and knowing that, it was interesting to see the banality.

What failure did you learn the most from?
On the way home from a failed project on carnival workers I passed by the West Virginia penitentiary, stopped in, and was somehow primed to do some breakthrough work there. I think the failure came from the fact that I was looking for photographs, while the success of the prison work came from going—or being transported—way past the photography of the situation.

Having written a novel, what's the thing you most hope to accomplish?
Greater awareness.

If you had to do it all over again, what would you change?
I would write rather than photograph.

If you had another life to live a completely different life, what would you choose to do?
Be a monk. Perhaps one who wrote novels.

What are the most important questions to you?
What is all of this? Really.

How did photography change your world?
It prompted a certain coherence in me.

What's the best thing about influence?
Taking someone's vision, digesting it to nourish your own vision, and freeing yourself from the model.

What's the best thing about our times?
The French Revolution

What's the worst thing about our times?
The French revolution (Heh heh.)

What's your idea of perfect happiness?
Not wanting.

Who are your heroes in real life?
Melville, Cervantes?

What is the trait you most deplore in yourself?
Lack of focus.

What is the trait you most deplore in others?
Self absorption/self invention.

What is your favorite journey?
India, 4 trips, mostly to visit Tibetan monasteries.

What other talent would you most like to have?
Musical ability.

How would you like to die?
When I am most alive.