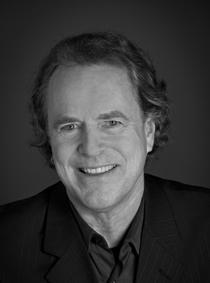 R. Mac Holbert is the co-founder of Nash Editions. Widely regarded as the world’s first digital printmaking studio focusing solely on photography, Nash Editions has established an international reputation for fine art photographic digital output. Conceived in 1989, and opening its doors in 1991, Nash Editions celebrates its 14th anniversary this year.

Prior to Nash Editions, Mr. Holbert was the Tour Manager for such music groups as Crosby, Stills & Nash, Peter, Paul & Mary and Carole King. He has long been active in the environmental movement helping to produce benefits for the Cousteau Society, Greenpeace, the Algalita Foundation and others.

Mr. Holbert has lectured extensively and conducted workshops on digital output, digital imaging/scanning and fine art printing on the IRIS and Epson large format printers. He is a Beta tester for Epson America, Adobe and other software and hardware manufacturers.

He is the recipient of numerous awards including the 2007 Lifetime Achievement Award – Digital Imaging Marketing Association and the 2000 Computerworld Smithsonian Medal for his pioneering work in digital printmaking.

He uses statistics as a drunken man uses lamp posts - for support rather than for illumination.
Andrew Lang

I think the person who takes a job in order to live - that is to say, for the money - has turned himself into a slave.
Joseph Campbell

Future. That period of time in which our affairs prosper, our friends are true and our happiness is assured.
Ambrose Bierce

When the power of love overcomes the love of power the world will know peace.
Jimi Hendrix

Without deviation progress is not possible.
Frank Zappa

Man is most nearly himself when he achieves the seriousness of a child at play.
Heraclitus

Patience is bitter, but its fruit is sweet.
Jean-Jacques Rousseau

Of course, there will always be those who look only at technique, who ask 'how', while others of a more curious nature will ask 'why'. Personally, I have always preferred inspiration to information.
Man Ray

Art is either plagiarism or revolution.
Duchamp

I am always doing that which I cannot do, in order that I may learn how to do it.
Pablo Picasso