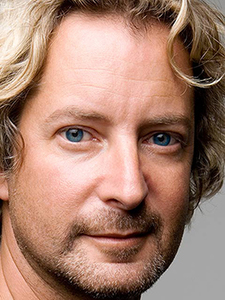 Chosen as one of the 30 most influential photographers of the decade by Photo District News Magazine, Seth Resnick is one of North America's most prolific corporate, editorial and stock photographers. Seth is greatly in demand for his beautiful graphic images in both natural and created light. Resnick has been published in the world's most prestigious magazines. His credits include over 2500 publications worldwide and his clients constitute a virtual list of Corporate America.

He is co-founder of D-65, an organization teaching digital workflow workshops, webinars, one-on-one training, tech support, and consulting for photographers, studios, agencies, and corporate art departments. Resnick is at the forefront of digital innovation working with Adobe, NEC, Canon, Xrite, Epson and others to help them formulate more useful products for photographers. Resnick is one of 78 photographers worldwide named as a Canon Explorer of Light. He is a member of the prestigious X-rite Coloratiprogram as well as an Alpha/Beta and feature consultant for Adobe Photoshop and Lightroom.

Don't do a job unless you are going to do it right.
My father.

When two dogs fight for a bone , a third dog runs away with it.
My father

If it isn't in writing it doesn't exist.
My Lawyer

There is no such thing as a free lunch.
Milton Friedman

Today you are hot, tomorrow you're not.
Anonymous

Tell me, I'll forget, Show me and I may remember, involve me and I'll understand.
Chinese Proverb

First law of holes - when you are in one, stop digging!
Denis Healey

Frankly, my dear, I don't give a damn!
Clark Gable

A little learning is a dangerous thing.
Alexander Pope

Never leave that til tomorrow which you can do today.
Benjamin Franklin

Who is rich? He that is content. Who is that? Nobody.
Benjamin Franklin

A nickel isn't worth a dime anymore.
Yogi Berra

Never spend your money before you have earned it.
Thomas Jefferson

You don't take a photograph, you make it.
Ansel Adams

Your first 10,000 photographs are your worst.
Henri Cartier-Bresson

Nothing happens when you sit at home.
Elliott Erwitt

I always carry a camera with me at all times.
Jay Maisel

Which of my photographs are my favorite? The one I'm going to take tomorrow.
Imogen Cunningham